…in the previous post we saw the better part of two African nationalist platoons of ZIPRA and ZANLA insurgents. Here we see their adversaries that fought them in the insurgency campaigns of the mid to late 1960s in the Zambesi Valley. Often when we think of the Rhodesian Bush War it’s focused heavily on the mid to late 1970s when the Rhodesian Fireforce units are in full swing….RLI, Selous Scouts, SAS…they’re all there doing that ‘vertical envelopment’ and ‘external’ thing.

However in the 1960s the Rhodesians laid the ground work for all that went afterwards and many of the veterans of the later years cut their teeth on the insurgency campaigns of the 1960s, of which they were very successful. This time period provides for many platoon level operations as the insurgent forces, mostly ZIPRA, learn’t ‘new ways’ to take on their enemy after having suffered trying to beat them at their own game.

Nevertheless, the forces of this time are slightly more balanced as the overwhelming firepower, personified by Fireforce operations, had not yet taken hold in the typical Rhodesian operations of the 1960s of which there were so many…so lots of good gaming potential and something a bit different.

…These troops can represent most any Rhodesian forces of that time. Out bush they could be in full camouflage or mixed as I have depicted them here. They could be early PATU or BSAP forces and might even work for reserve forces of the 1970s.

I’ve organised them as a standard Commonwealth Platoon typical of the Rhodesians before they moved to the small 4-man Stick organisation driven by their Fireforce doctrine utilising the 4-man Alouette helicopter. In the 1960s however a platoon had a Section made up of a Rifle Group of five men with FN-FALs and a Gun Group with a FN-MAG and two riflemen in support. There are three of these per platoon, each with a section command group and platoon HQ. This is the force below.

I went with a two tone paint scheme mostly because they are visually interesting with the green shirt and camo combination which I like, and as there was so much variation within the Rhodesian forces its almost anything goes! Pictures of the RLI of this time show them exactly in this kit. The astute buyer of Eureka Rhodesian War minis will see I’ve snuck in a few Portuguese miniatures as well. They fit in perfectly and many a Rhodesian soldier had personalised kit utilising items of Portuguese origin. The Sterling SMG was still used by the Rhodesians also so these fit in no problem….all together a very nice look.

The figures are from the Aden British range by Kosta Herko courtesy of Eureka miniatures who makes them. Paint time on these was about 10 hours (4 days painting)…very easy. Even the camo wasn’t too painful once I got the ‘production line’ going.

I think you would agree they are indeed lovely sculpts with superb levels of detail, nicely animated and they really look the part……next stop…Victoria Falls! 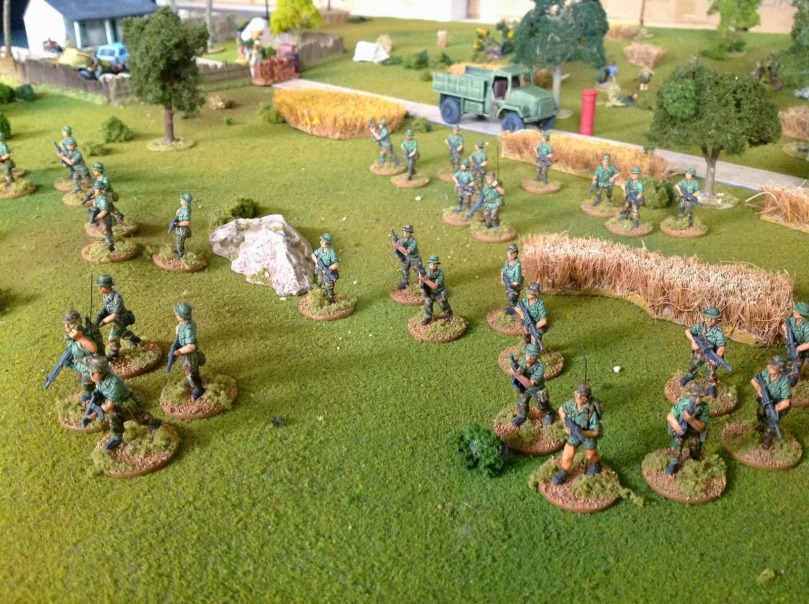 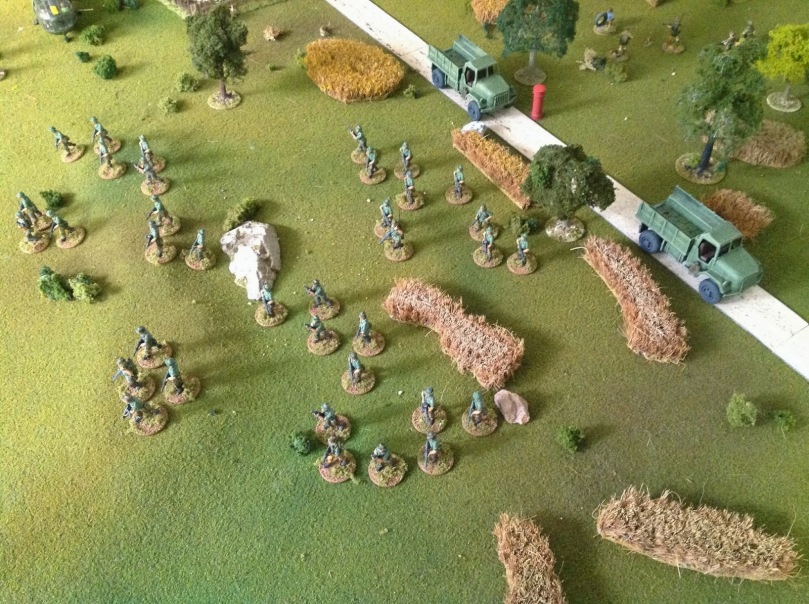