We looked at painting masses of figures in the last post…but this project is not only about ‘the big battle’. The Greek Wars, and the Peloponnesian War specifically, involved far more clashes between small groups of troops raiding and striking a blow against the enemy that  he could only offer a limited reply. This is the small scale game we talked about in the opening post and for which a game such as the Men of Bronze is well suited.

So, brush to figure, many men in red have been finished up using much the same technique explained in the previous post. The only difference is paying a bit more attention to detail and ‘working the figures’ a bit to make each look good on-table.

Without to much further ado lets take a look at the latest men of the Peloponnese to wage war against the Delian League and their Athenian masters.

A simple Wargame Factory Numidian conversion figure. Using a Foundry Spartan shield he was shaping up as a potential Brasidian figure – I decided against that but he nevertheless fits in with the rest.

Some finished warriors in back with command group upfront – most commanders are single based.

A closer look at the latest Spartans. As you can see, Victrix spear, shields and transfer on a Foundry figure. All in action ‘skirmish mode’ these will form the core force of the Lacedaemonian when ravaging Athenian crops or fighting off Psiloi and Peltasts at Sphacteria. There first outing is likely to be much earlier than that, embarking on raids against the obstinate men of Zacynthos and Arcanania in Western Hellas at the outbreak of war. 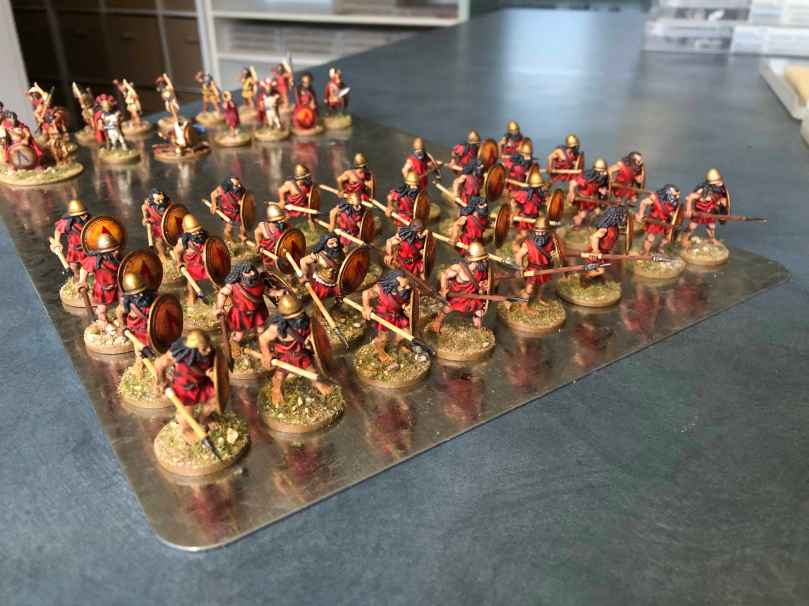 Slightly out of focus, but you get a better look at the ‘red cloak’. Bases are not magnetised beign a standard washer (22mm) – For transportation they will go on magnet sheeting.

The owning player’s view! All those lovely lambda shields and the other guy looks at them all game…I don’t expect to see any of these bad boys running toward me! 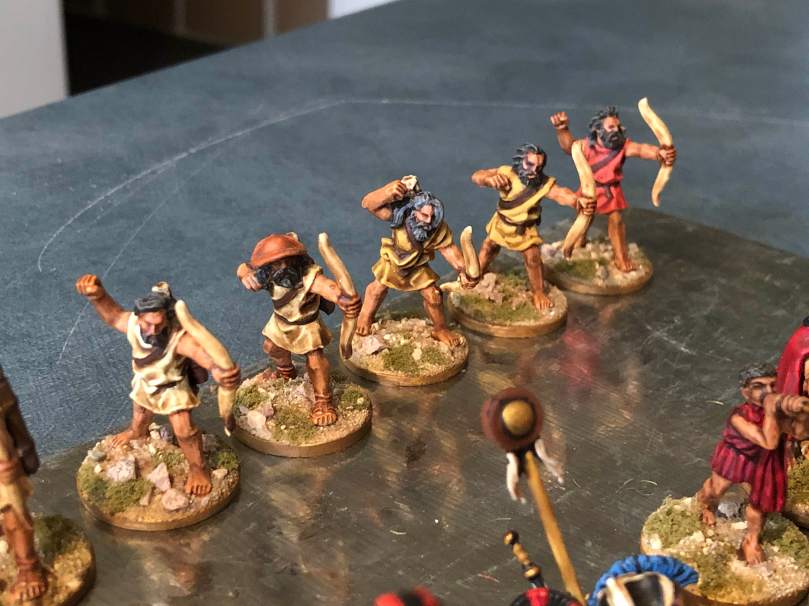 Supporting cast – some Spartan archers from the specific sculpts by Steve Salah from Gorgon games – I need to get a few more of these and the slingers and javelinmen as well plus some Ekdromoi…these complement the Foundry range perfectly. 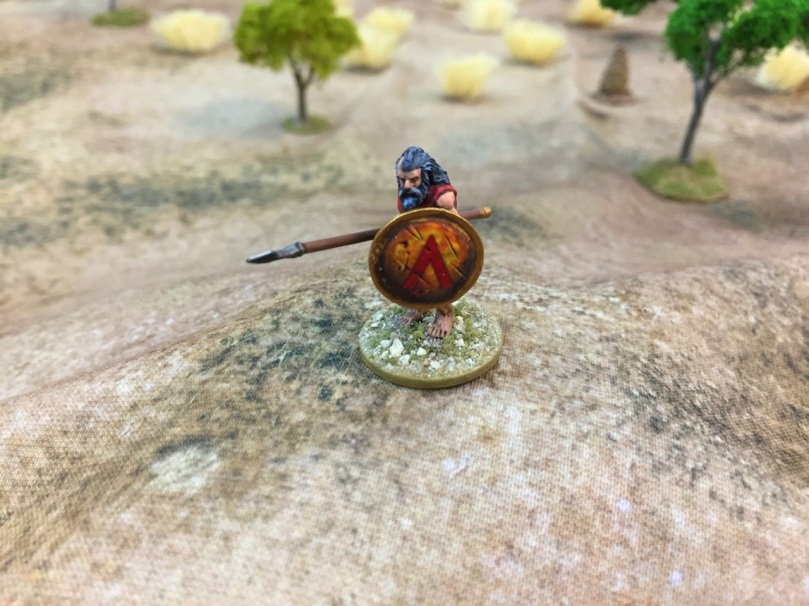 Spartan commanders – all Wargames Foundry. Full off character and lovely to paint….block color, dip and highlight…. (and yes that is the enemy in rear in a box all painted!).

Some Spartan ‘heavies’. Though arguably few would don the linothorax by the Peloponnesian War we shall allow it as they are lovely figures. I’ve given them black rimmed shields and they will form a suitable group of Spartan epiliktoi when the job really needs to get done… 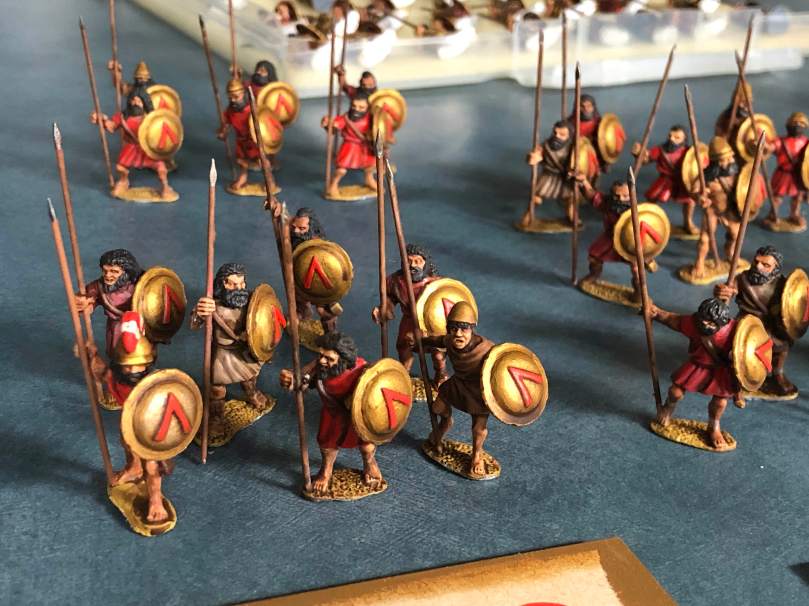 The winners of the Brasidian* contest – Black Tree Design Spartans reshielded with surplus Wargames Foundry shields. These came out better than I had thought they would. Simple figures, slightly awkwardly posed, but have a nice action /motion look and plenty of variation.

*Brasidians are the so called men that fought with the famed Spartan Strategos Brasidas. His troops were very loyal to him, fighting in his northern campaigns in Chalkidike (near Macedonia) and again at Mantinea (418), though their benefactor had died at the gates of Amphipolis in 422.

How did I do those shields…Block color gold with Army painter mid tone dip. Stick on the heads of all those surplus Victrix figures I have form having to pinch their shields and spears. This technique ensure the dip ‘pools’ evenly around the base rim. Once dry – flat varnish…finished!

2 thoughts on “Sons of Sparta…”